New York State Parks Department has been hard at work through out the state, they have completed a total of 13 solar installation projects so far. Their ultimate goal is to use the power of the sun to energize parts or even all of the states parklands. As a result of the departments work, the Parks department is recognized as one of the leading renewable energy agencies in the state. Most installations were completed by trained in-house State Parks employees after they had gone through a in depth solar power training course at HVCC. By the parks department training it’s own employee’s it gives them the opportunity to learn skills and help them understand the project better.

The projects began in 2012 with the construction of a rooftop array on the niagara Falls Discovery Centers. Staff have expanded the program to include Robert Moses here on the Island.

The 13th solar installation in the program was at Robert Moses State Park, and will actually become the very first energy neutral State Park in the United States. The solar array will be 700 kilowatt’s of solar electricity, and is estimated to save more then $100,000 each year. It was built using 2,432 panels and is pole-mounted in field 4.
The panels themselves were made in the United States by SolarWorld and was supplied by National Solar Technology in Buffalo NY. It was one of the largest solar installations by State Employees in New York State history. 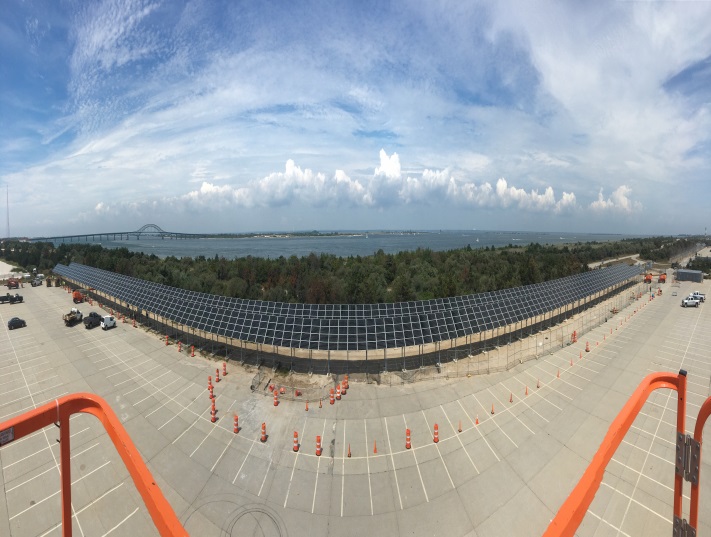