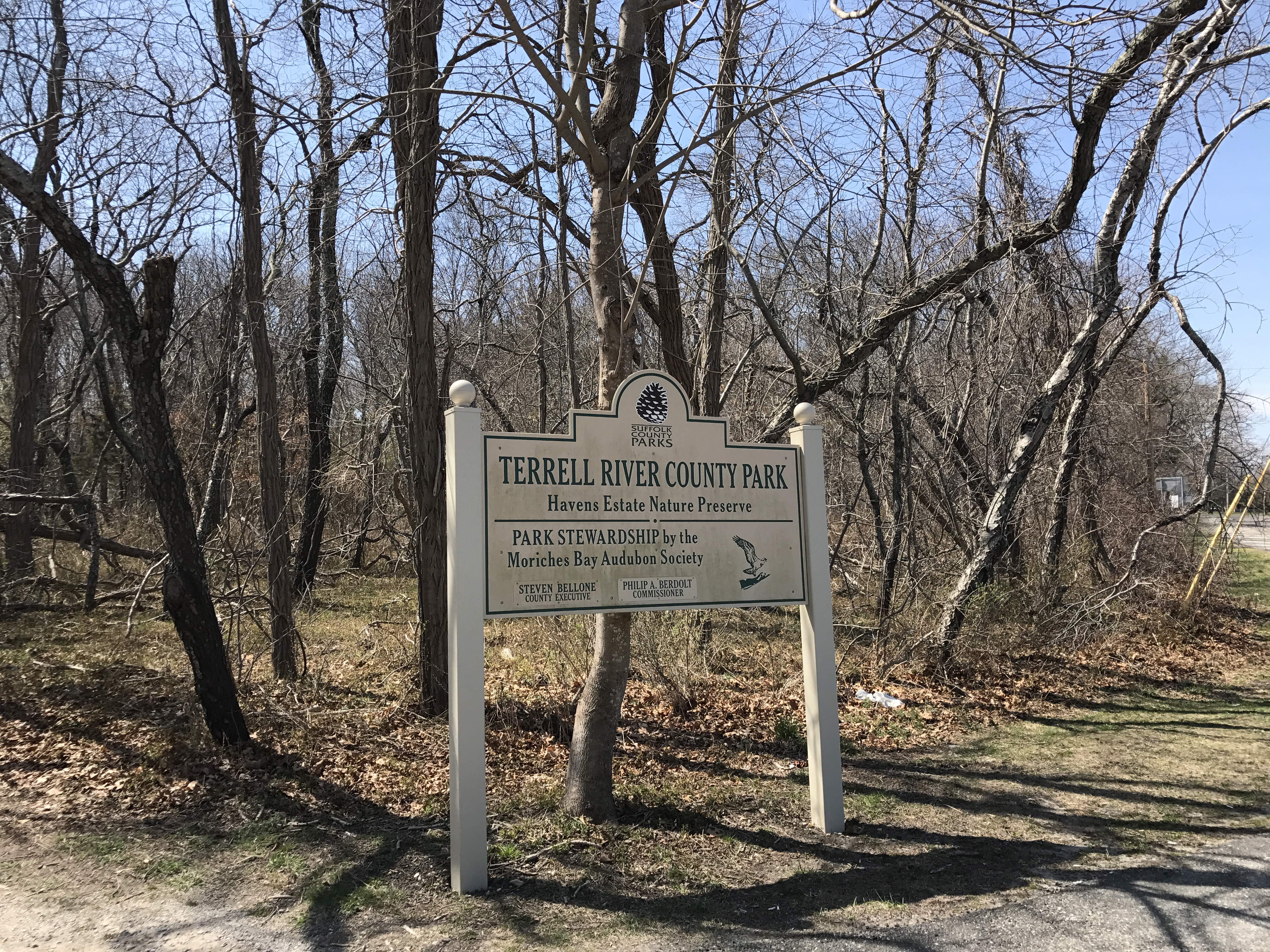 Terrell River county Park consists of 263 acre’s of passive parkland that is located on Montauk Highway, opposite of Kahlers Pond Town Park. The park is always open for Hiking, Nature Walks and Birdwatching. It is very popular to local residents since the trails go North to South from Montauk Highway to the Moriches Bay, and dogs are permitted.

Terrell River County Park was part of an estate known as the Havens Estate. Once a prominent family in the area, the Havens owned much of current day Moriches. Stretching from Terrill River to Senix Creek, then all the way north to sunrise highway (what used to be Dongans Line)

The estate started in 1755 when John H. Havens purchased half of Warretta Neck (now the park itself), to the East of Center Moriches. The land originally housed a small home, a barn, and various other out buildings. The estate grew again in 1769 when John H. Havens son, Captain john Havens purchased the remaining half of Warretta Neck as well as Orchard Neck.

Throughout the years following that, the family flourished by operating general stores in Moriches and Patchouge, one of the stores still stands to this day and is now operated as the Brick House Brewery.

The  last remaining descendent of the Havens family, Sarah Margaret Havens, passed in 1965, leaving no will.  The house was given to Sarah’s first cousin, Robert H. Pelletreau, who then decided to donate it to the Moriches Bay Historical Society, in 1974. eventually the historical Society relocated the house across the road to where it stands today, with remnants still visible at its original location.