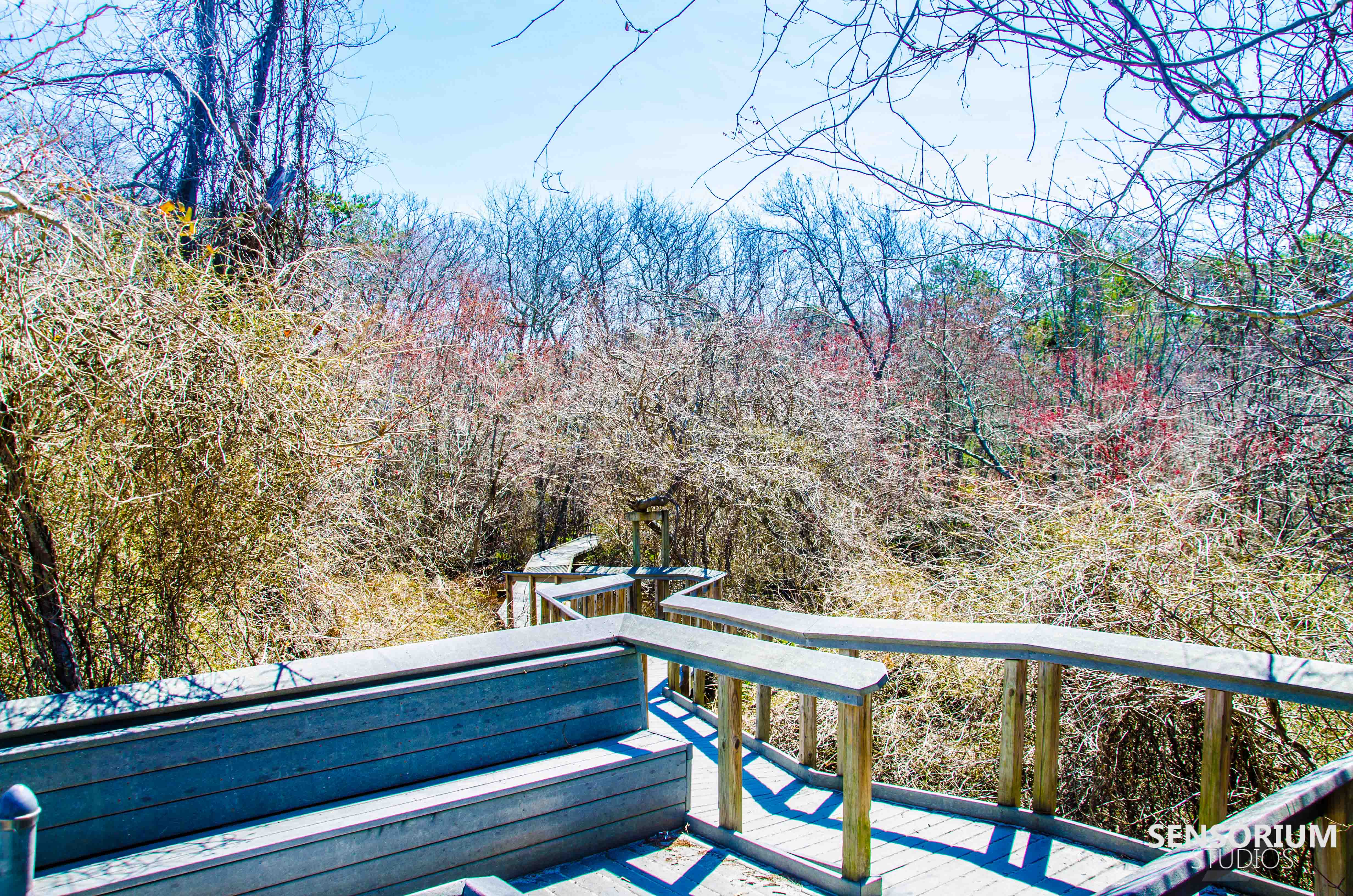 Quogue is home to one of the East Ends hidden gems. Located down a side street sits a Wildlife Refuge which is host to numerous educational activities as well as an extensive trail system that takes you through some of Long Islands most pristine forests and ecology.

The idea of Quogue Wildlife Preserve came to fruition after several exceptionally cold winters in the early 1930’s, when there was a decline in the Black Duck population in the area, which had alarmed many local duck hunters. During a meeting at the Hampton Bays Firehouse, Charlie Belt explained the severity of the waterfowl plight, and had made a suggestion of establishing a refuge for waterfowl. The refuge would be a place for the waterfowl to propagate this way they would be able “… to put two ducks in the air for everyone we take”.
From this meeting , the Southampton Township Wildfowl Association, STWA for short, was formed. The Association was comprised of 45 charter member, which consisted of duck hunters and conservationists from the town. Currently the charter hangs over the fireplace in the Charles Banks Belt Nature Center at the refuge and contains all of their signatures.

The Associated had required land in order to build this refuge. They sought to obtain the land that was used by a Ice Company

that was called ‘The Quogue Ice Company’, but had only obtained the eastern 104 acres by a donation from Richard and George Posts, whom were sons of a charter member, Abram Post. The donated land was then given to the Incorporated Village of Quogue who had appointed the STWA Trustees as the official stewards of the donated land.
In 1938, the STWA had rallied their friends to help purchase the remaining 107 acres from the Quogue Ice Company for $1,400 from another charter member, Erastus Post. The final piece of land that was added to the refuge, was in the 1980’s, when the Town of Sothampton had added another 100 acres.

Feeding the waterfowl was a top priority for the refuge and required two men for at least two hours a day. The men who fed the wildlife had volunteered their time to cut ice from the pond and feed the flocks of birds. One year alone the refuge had used over thirty tons of grain and potato mix!

In 1936, the STWA was awarded First Prize in a National Waterfowl Contest, which was sponsored by Ducks Unlimited, Inc. The prize was awarded for the amount of work that was accomplished by the volunteers efforts. A silver cup was engraved and still sits on a mantle in the refuge.

Looking back at old maps, you would notice that the refuge was referred to as the Quogue Waterfowl Sanctuary, but due to the extent of preservation and wildlife aid the refuge was renamed as the Quogue Wildlife Refuge. Over time the refuge has evolved and currently conducts educational programs through the year and cares for permanently injured animals in it’s outdoor wildlife complex.

305 acre’s of the refuge remain dedicated to preserving a safe place for plants and animals.

Today the Refuge not only includes the wildlife preserve for plants and animals, but also is home to a diverse selection of wildlife that were permanently injured and require human care for survival, these animals are housed in an outdoor ‘Distressed Wildlife Complex’. The complex is located at the preserve’s entrance where anyone can visit during the day..

A Nature center, named “Charles Banks Belt Nature Center” sits partially over the old Ice Pond, and offers spectacular views through large window. The Nature Center building houses a Variety of exhibits, turtles, snakes, a touch table, a children’s room, and a sitting area with comfortable chairs to take in the breathtaking views.
The center is also available for meetings and events, and is the gathering spot for the preserves educational programs that are offered for adults, children and families.

Some events hosted at the Preserve include an Easter Egg Hunt, Summer Ecology Program, Halloween trails, and more.

The Quogue Wildlife Preserve is not only home to it’s nature center and injured animal complex, but is also home to an extensive trail system that allows it’s visitors to explore a variety of habitats that include, the Pine Barrens itself, bogs, wetlands, a field, and a tidal estuary. The Preserve’s primary trail is wheelchair and stroller friendly.
The Trail system at the preserve is open all year round, no matter what season it is and can even be used for cross-country ski and snowshoe.