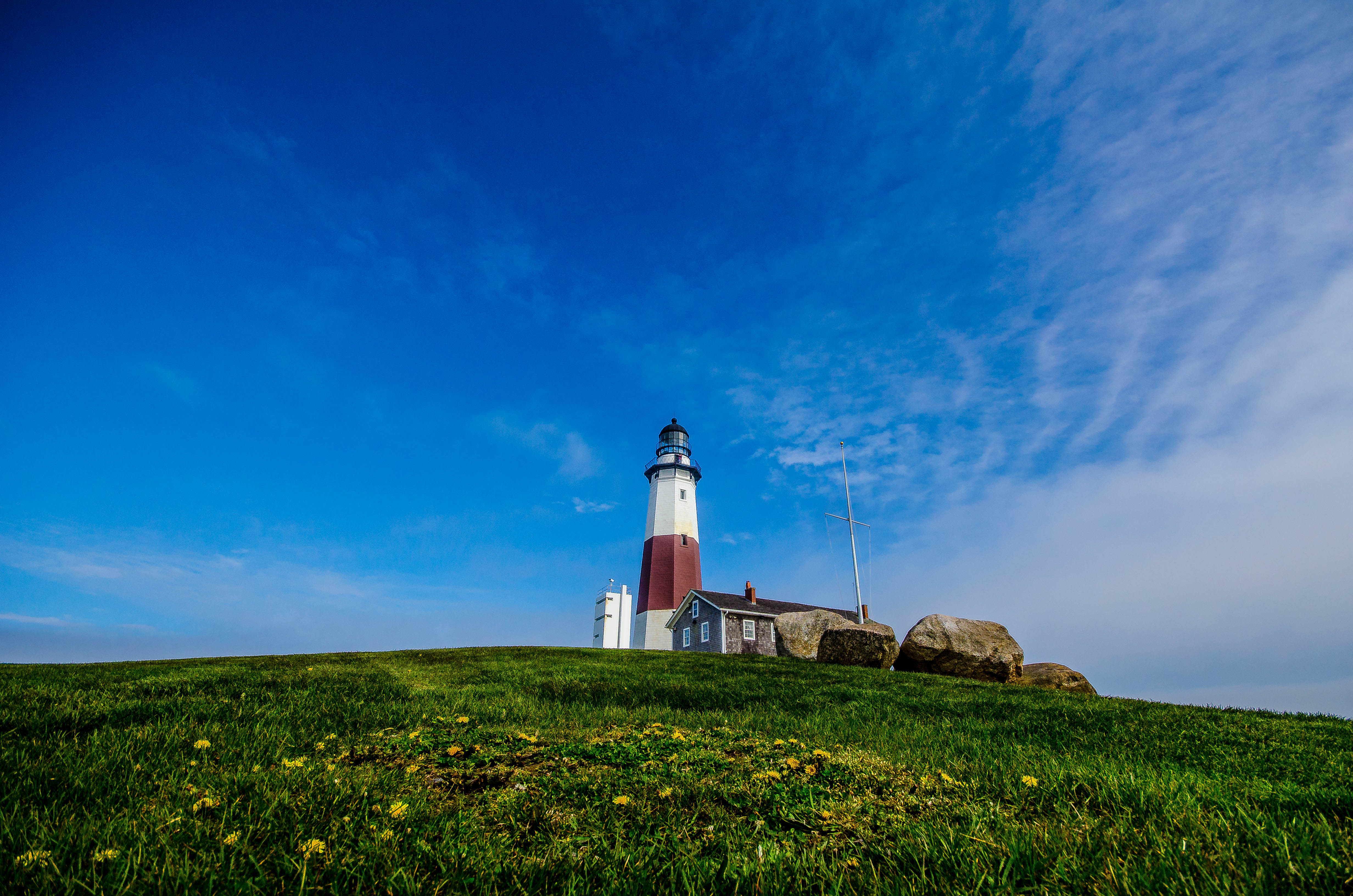 The Montauk Point Lighthouse is the oldest lighthouse in New York State. The Lighthouse was authorized by the Second Congress, under President George Washington, in 1792. Construction began on June 7, 1796, and was completed on November 5, 1796. It still serves as an aid to navigation. The Montauk Point Lighthouse was designated a National Historic Landmark in recognition of the property’s national significance in the history of the United States on March 2, 2012, by the Secretary of the Interior.

* Children up to 12 years old. Minimum height requirement to climb tower is 41”.

Monday through Friday there is free parking for Senior Citizens (62 and older) holding a New York State Driver’s License. The NY State parking fee does not include admission to the Montauk Lighthouse property.