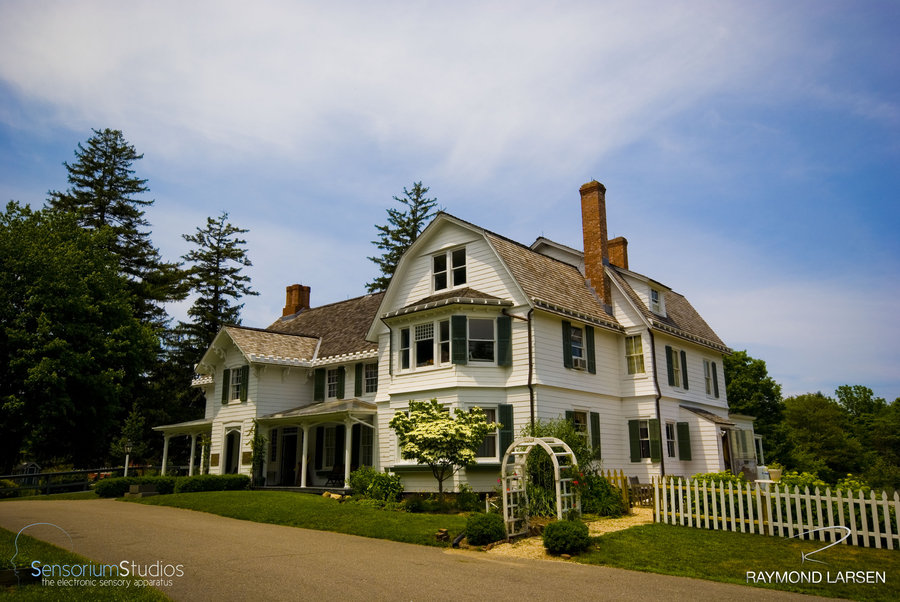 This land was the domain of the pre-eminent Smith family until 1968. In 1974, with development nipping at its flanks, the property was acquired by the town.

Geographically, the estate consisted of farmland, pasture, woods, river fronts, ponds, and the long swamp itself, headwaters of the Peconic River. Tenant farmers worked the land and timber was the most valuable commodity.

The estate was in a remote area with approx 7,000 acres running from the Connecticut River (now known as Carman’s River) east of Manorville, and south along South Country Road. The property was handed down through the generations and in 1817 William Syndey Smith became the proprietor.

William Smith married Eleanor Jones from Cold Spring Harbor and raised 10 children on the estate with the now enlarged home to accommodate them. Longwood estate became a profitable business in livestock, and wood cutting where a wood mill in Yaphank was instrumental in the development of the Long Island Railroad. William served as Brookhaven Supervisor from 1829 till 1834, was Suffolk County Treasurer, and a New York State Legislator.

William passed away in 1879 at the age of 83 and Eleanor in 1884 at 79 years old. Their grandchildren took to the caretaking and preservation of the estate.

William Sidney Tangier and Helen Tangier Smith willed the estate to Elbert Clayton Smith and it was Bert who donated 51 acres to the Longwood School District and the Greenbelt land to Suffolk County.

Upon his death in 1968, his widow sold the estate to Levitt real estate developers. The contents of the home were auctioned off.

Then in 1973, developer Wilbur Breslin and Herbert Carmel purchased the property for commercial and industrial development. Brookhaven Town officials and area residents strongly opposed the plan and in 1974, Breslin and Carmel donated the manor house and 35 acres of land to the Town of Brookhaven.

During its two hundred year history, the house knew fallow periods-and a notable 60 year Golden Age of love, family, and bustling activity. The estate now is the host to various activities for the residents to enjoy.