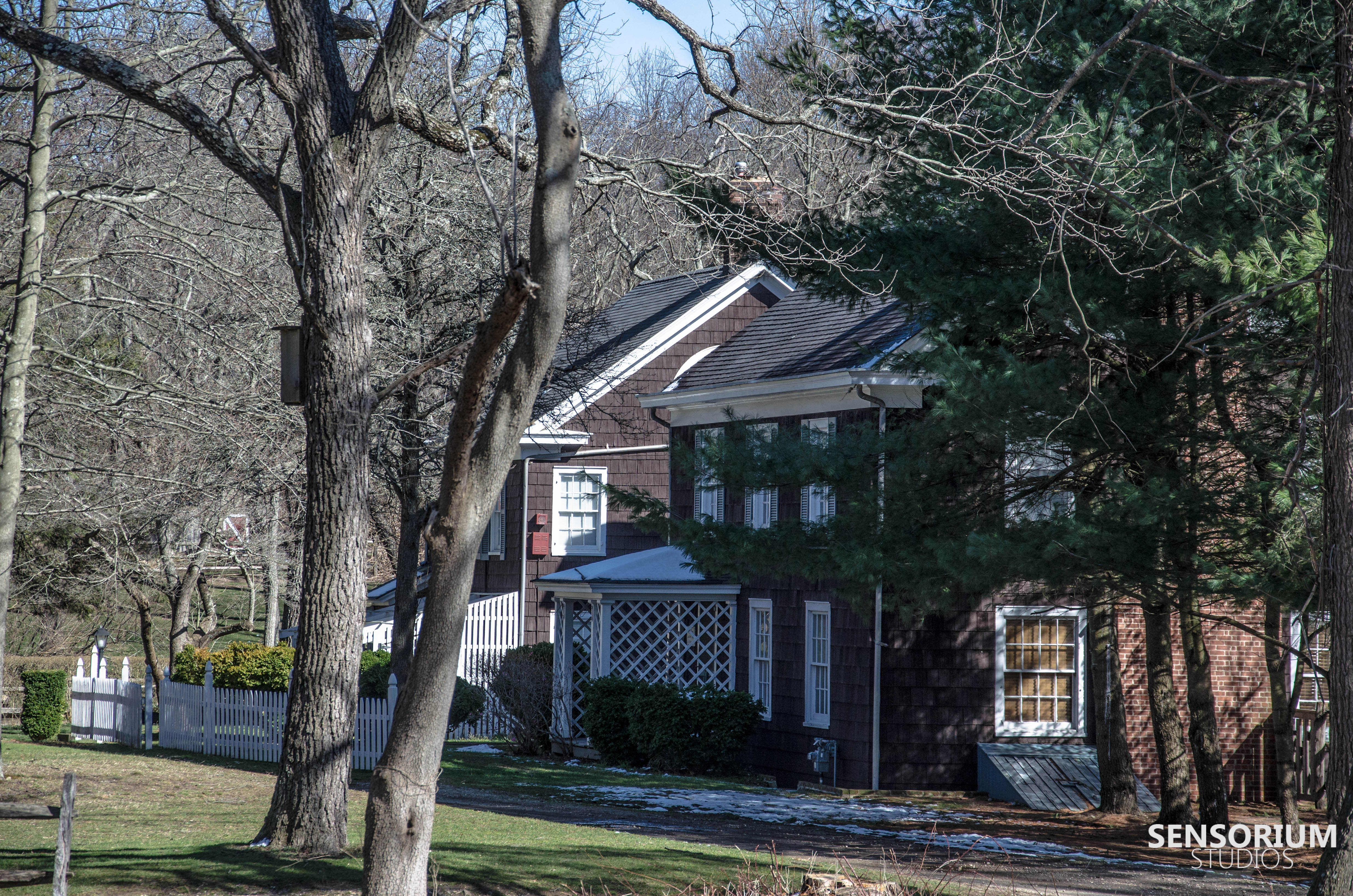 This Smithtown park is one of the most popular parks in the town, it is home to a waterpark, sports fields, hiking trails and concerts. But Hoyt Farm has much more to offer, like a step back in time to when Commack was all but Farmland…

Hoyt Farm Town Park, located in the Town of Smithtown, is well known by local residents for it’s numerous recreational and educational activities. The current boundaries of the park sit on what was originally a land grant known as the Winnecomac Patent, which dates back to 1703, when the Royal Governor of New York had granted land to Charles Congreve. After 37 years however, Congreve had sold off the land in the grant to a Elnathan Wickes, starting the settlement of one of the areas most well known families.

In a scrap-book that was published by the Smithtown Historical Society in 1968, Colonel Rockwell writes that the original farm house which sits in the park, and is still standing, was originally constructed in 1770 by Elnathan Wickes.

The home and land remained in the Wicks family up until 1910, when family member, Willard Wickes, sold the home to Edwin C. Hoyt. Hoyt was a wealthy businessman from New York City looking for a summer home at the time, however, when Hoyt had a nervous breakdown he decided to retire early and move his family the farm. Upon moving from New York City to Commack, he would make significant additions to the original house, adding the eastern and western wings as well as the upper dormers, all to accommodate his large family.

Once the Hoyts moved into the farm, the family would have successfully re-created an existing, albeit dilapidated, orchard containing apple and peach tree’s, which they would resell under the name “Crooked Hill Farm”. The orchard tree’s had grown on approximately 350 acres of land. While most of the 350 acre’s have been sold off and are no longer orchard’s, someone walking the park’s grounds can still see living apple tree’s lined up and still producing Apple’s. It is good to note that the park does not use pesticides, and it is not recommended to eat any of these apples.

According to Ten Mile River Museum and the New York Times, the farm was shortly donated by Maria Hoyt on May 5, 1956 to the Boy Scouts of America’s Greater New York Council, in memory of her late husband Edwin Hoyt. To celebrate the donation, the scouts held a ceremony which included over 300 scouts from queens. The only stipulation on the farm being donated was that 40 acres, of the 125 being donated, was to be preserved for conservation study only.

During the ceremony, a George H. Peters, chairman of an advisory committee for the Long Island Chapter of Nature Conservancy had stated that Mrs Hoyt’s plan “will give the scouts a practical education in conservation” and added that the forty acres in Suffolk County were “Original primitive Long Island flora and fauna, a corner of wilderness.

In a newspaper article published on December 06, 1962 by the Long Islander. The Greater New York Council of the Boy Scouts announced that they would be closing the camp due to a new state highway bisecting the property. During the time of this announcement, the camp was said to be able to accommodate as much as 5,087 scouts. The newspaper also is cited as stating that the Suffolk County Council was suggested to be interested in the camp to expand on it’s Camp Wilderness (now Cathedral Pines) and Baiting Hollow camp’s.

After the Boy Scouts had announced the closure of the Hoyt Farm Scout camp, County Executive H. Lee Dennison would make an announcement stating that he wanted to continue the counties park acquisition program.Dennison had urged the the county and town’s to purchase at least 20,00 acres of land. ~ Long Island Advance

In 1966, Maria Hoyt had made arrangements to sell the Farm land for $200,000, instead of the $2 million it was valued at. Unfortunately before the town could approve the purchase, Mrs Hoyt passed away, surviving 11 years after Edwin Hoyt.
After Maria’s passing, her children stepped in and offered the town the opportunity to purchase the land for the same conditions set forth by their mother, Maria, and in 1967 the town approved the purchase marking the start of the Hoyt Farm Town Park.

On August 7th, 1966 the Long Island Press announced “Now its the Towns”, with a picture of the first park ranger standing in front of the house. The original Ranger was Stephan Pradon. On January 18, 1968 the Suffolk County News made the announcement that the Nature Center, as well as trails at Hoyt Farm would finally be open to the public on July 1st of that year.