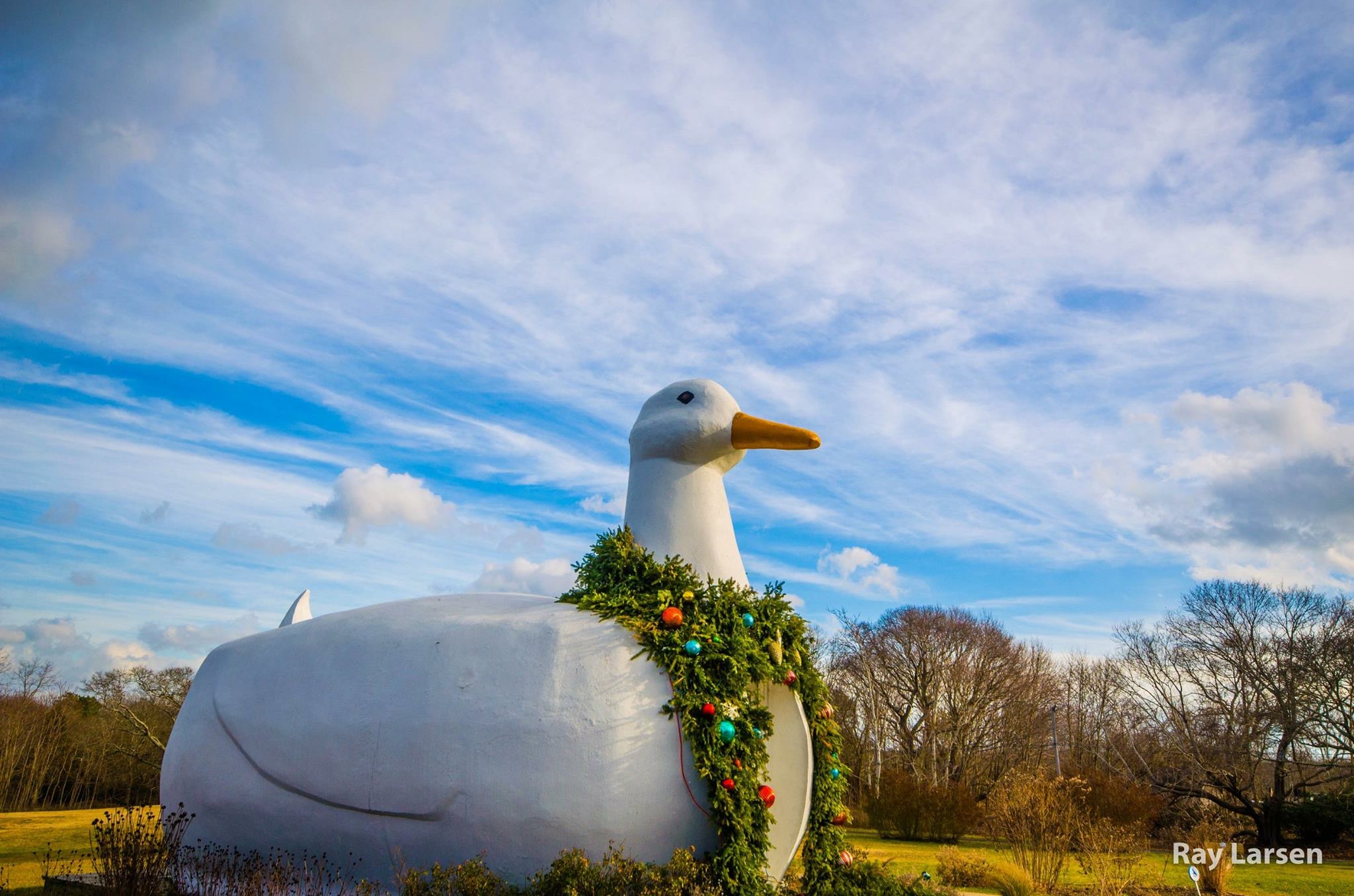 The Flanders Duck, known as “The Big Duck” is a ferrocement building in the shape of a duck and is located in Flanders. Originally built in 1931 by duck farmer Martin Maurer, it was located on Main St, Riverhead and was originally used as a shop to sell Maurer’s ducks and duck eggs.

In 1937, Maurer had moved the building four miles southeast to Flanders, where it occupied a prominent location near the duck barns and marshes of Maurer’s duck ranch. At the time, Riverhead and Flanders were the center of Long Island’s popular duck-farming industry. It is said that by 1939 there were a total of 90 duck farms in Suffolk County.

With the location of the Duck in Flanders and it’s unusual shape, the shop become an attention graber for customers, until its closing in 1984.

In 1988 Suffolk County had acquired The Duck and moved it to Router 24, on the edge of the Sears-Bellows Pond County Park, situated between Flanders and Hampton Bays. At this location, the Friends for Long Island Heritage ran a gift shop out of it.
On October 6, 2007, the duck made it’s return to its second location in Flanders, where Suffolk County continues to own, maintains the interior and exterior as well as paying for it’s staff, Southampton Town maintains the grounds. In 2006, the town also purchased the original 27-acre duck farm.

The Duck itself was added to the National Register of Historic Places in 1997. the land the duck is situated on is called the Big Duck Ranch and was also listed in 2008.