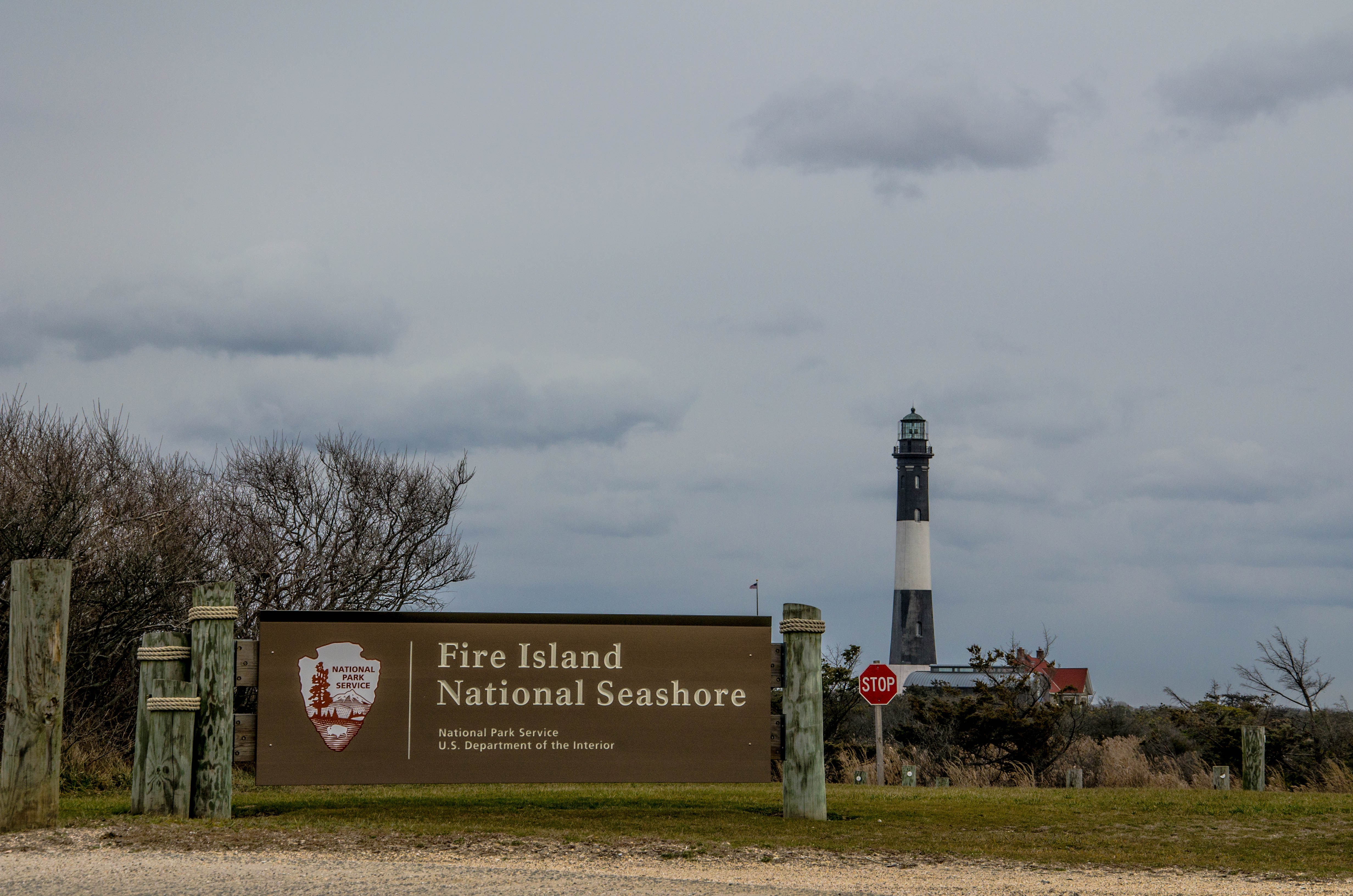 Over the course of it’s History, the Fire Island Lighthouse has played a significant role in guiding transatlantic ships traveling into the New York Harbor. For many, this would be their first sight of the United States, as they were European immigrants arriving in America.

The current lighthouse that stands, is not the first one to be built on Fire Island. The original light, was first completed in 1826, and was 74 feet tall, with a cream color. The structure was created as a octagonal pyramid using blue split stone taken from the Connecticut River on Long Island. The octagonal pyramid was built at the end of the island and was adjacent to an inlet that no longer exists. Due to the height of the tower, it was deemed not effective and thus the structure was torn down to make way for a more efficient tower. The original stones that were used in the pyramid tower was recycled and used to construct the terrace under the present lighthouse and keepers house. The only remnants of the original tower, a circular stone base, can still be seen next to a building that houses a fresnel lamp.

Due to a westward migration of sand along the Atlantic ocean side of Fire Island, known as a littoral drift, the inlet has been moved to approximately six miles west of the lighthouse.

feet tall, and be constructed of red brick, painted as a creamy yellow color. On November 1, 1858 the tower was lit for the very first time. The lighthouse’s color was changed to it’s present day color and configuration alternating black and white bands in August of 1891.

The present day tower was outfitted with a First Order Fresnel Lens that emitted a white flash at one minute intervals. Whale oil, lard oil, mineral oil and kerosene were used as fuels for the lantern before electricity arrived, on September 20, 1938. However, the lighthouse was not fully powered due to a hurricane that severed the power lines in September 1938.

In 1939, the Lighthouse ownership was transferred from the ‘U.S. Lighthouse Service’ to the U.S. Coast Guard, which had already established a station there in 1915.

On December 31, 1973, the lighthouse was decommissioned as a navigational aid and was instead replaced by a “small flash tube optic” that was installed atop of the Robert Moses Water Tower.

In 1974, after being decommissioned, the Coast Guard had given the National Park Service a five-year permit to use the 80 acre lighthouse tract, and in 1979, the tract of land was declared to be within the boundaries of the newly established Fire Island National Seashore. Since the Park service had limited funs, their primary function was to prevent the buildings from deteriorating and being vandalized.

In 1982, after successfully raising over 1.3 million dollars for the restoration and preservation of the light, the “Fire Island Lighthouse Preservation Society” was created, and in 1984, the lighthouse was officially placed on the National Register of Historic Places.

Today the lighthouse is lit using 2, 1000-watt bulbs, rotating in a counter-clockwise direction. The 1000 watt bulbs, give the light visibility of up to 21-24 miles. The beacon ownership was transferred from the Coast Guard to the Preservation Society in 2006 and will continue to remain on all navigational charts as a private navigational aid.