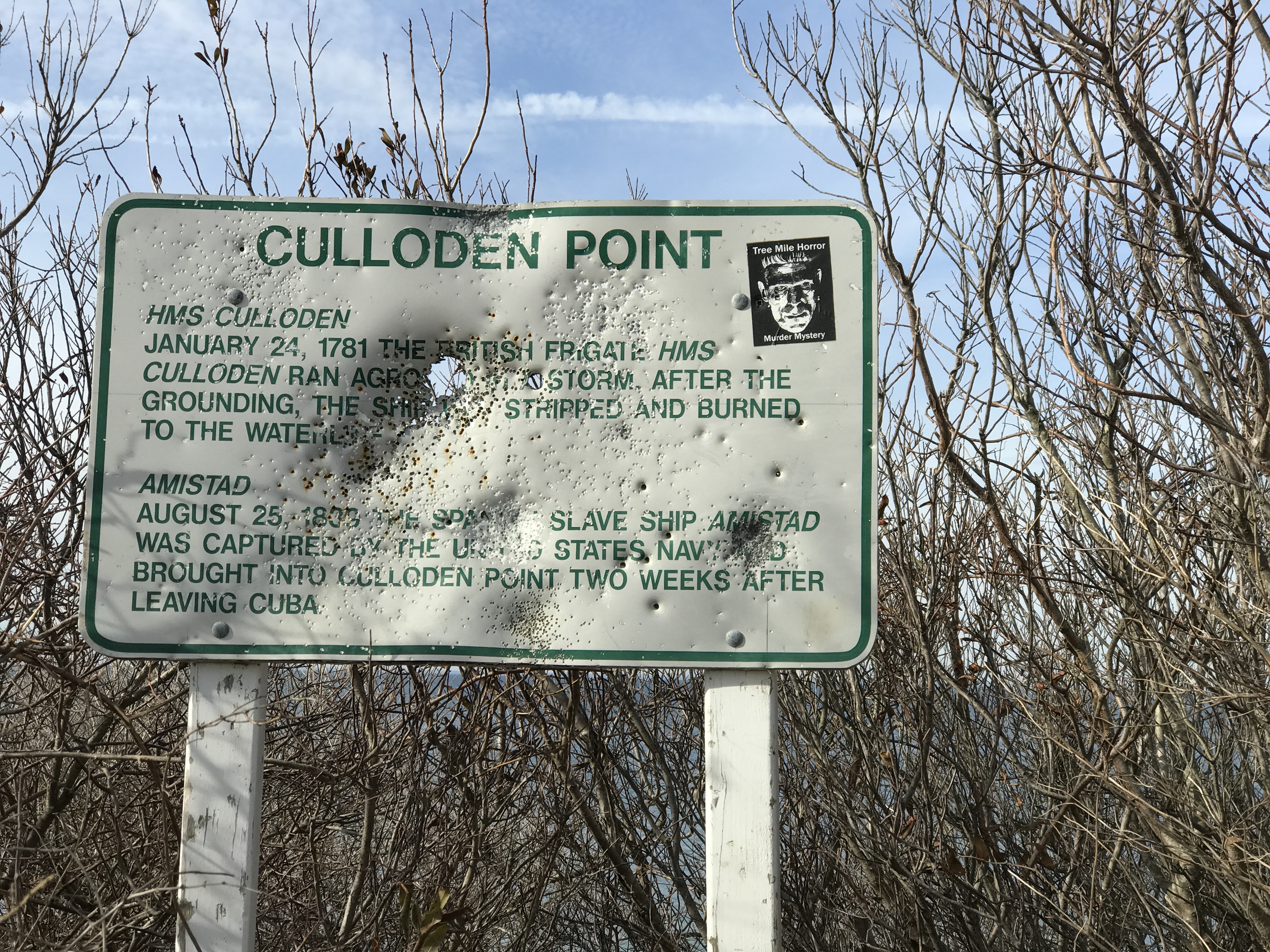 This park is closed

This park is named after the HMS Culloden, a British 74-gun warship sailing with the Channel Fleet during the American Revolutionary War. On January 23, 1781, as she was on her way to Newport, Rhode Island to intercept French ships attempting to run a British blockade, she ran into severe weather and ran aground at what is now called Culloden Point.

This wreck, just offshore, is listed on the National Register of Historic Places and is popular with scuba divers. The natural wooded area leading up to the shoreline of Culloden is also public. Access is on Flamingo Avenue, at a parking lot just north of Will Point Road. The natural wooded area and shoreline has seen little change from the days when the Montaukett Indians lived here in a world of hidden ponds, specimen trees, wetlands, and a beautiful shoreline.