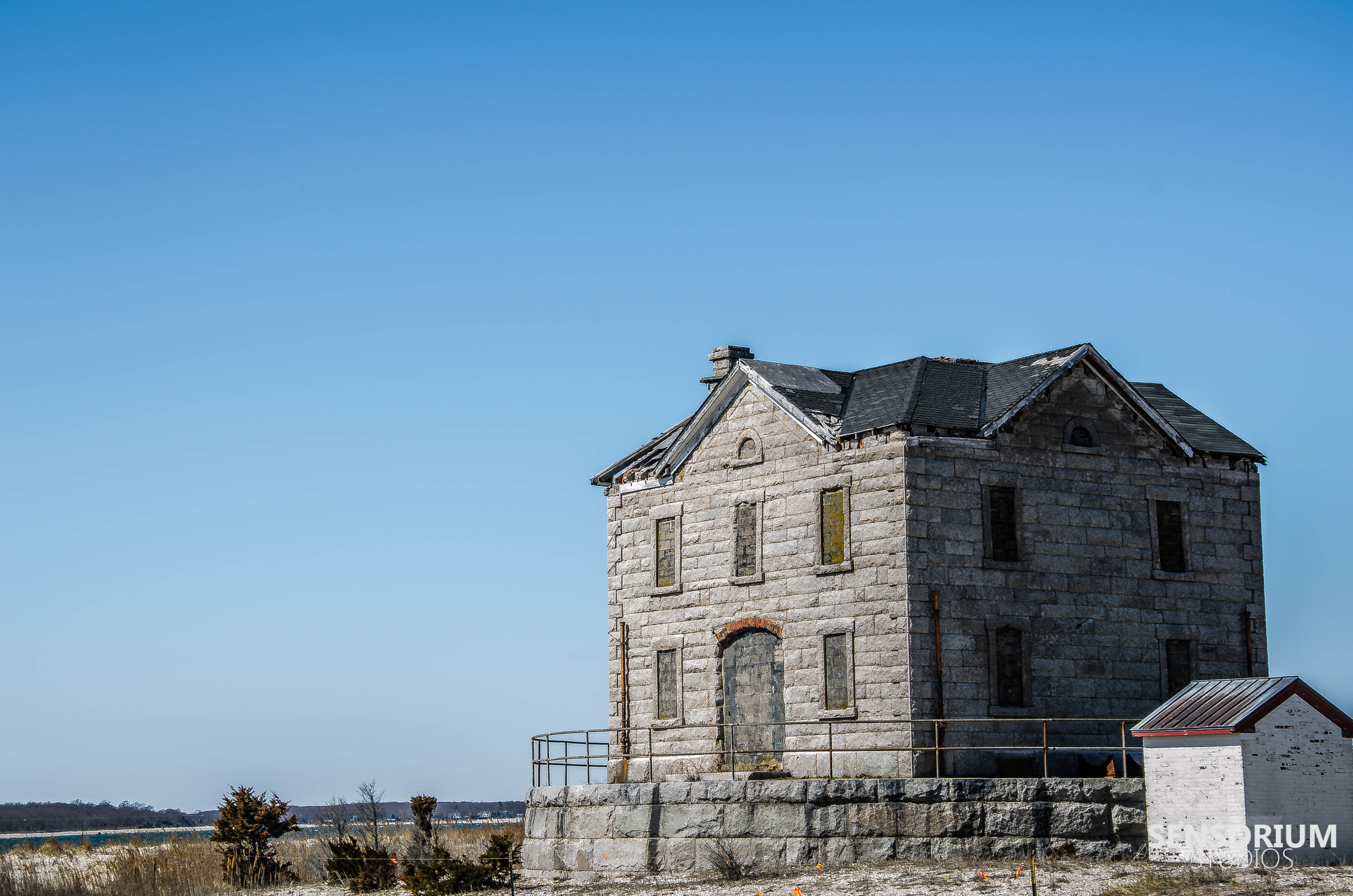 Cedar Island, or what is called Cedar Point Lighthouse, is one of Long Islands forgotten lighthouses, sitting sealed like a time capsule earning to be restored, while it continues to guard the entrance to Sag Harbor, overlooking Gardiner’s Bay.

Cedar Island Lighthouse is currently located on a sandbar that is connected to Long Island. However, it was once its own separate island that consisted of only 3 acres in size. The original island had sat between the South Fork of Long Island and Sag Harbor causing for dangerous navigation for the thriving whaling fleet that was based out of Sag Harbor as well as the many other maritime vessels that would port there in the nineteenth century.

Whaler’s quickly recognized the dangerous in the area, and in 1810 they started to use stake lights to mark the shallow shoals and other obstacles that could potentially damage their fleets. In 1838, the Federal Government finally stepped in and purchased Cedar Island from the Town of East Hampton to build a lighthouse.

In 1837, Congress had provided $1,000 to build the original Cedar Island Lighthouse, but realized that it was not enough and in 1838 they appropriated another $2,500. The lighthouse was completed a year later in 1939. When completed, the lighthouse was one and a half story keepers dwelling, with a small tower situated on the center of its roof. The beacon that was housed in the tower was constructed with nine Winslow Lewis lamp’s, with fourteen inch reflectors. The beacon stood thirty-two feet above sea level and had an effective range of 12.5 nautical miles. The lens and reflectors were eventually replaced in 1855 with a sixth-order Fresnel lens that was illuminated by an Argand Lamp.

By 1858, it was noted that the original keepers house, built out of wood, was struggling to support its cast iron beacon, and in 1867 congress would finally grant $25,000 for the reconstruction of the lighthouse. The new lighthouse would be constructed by W. & G. Beattie of Fall River. To withstand sand erosion, and deterioration the new lighthouse was to be constructed with granite blocks, that sat atop a circular granite pier. The keepers house was attached to the beacons tower and was constructed of the same material and would resemble several other Victorian-Gothic styled lights of the time period. In 1882 a fog horn was added to the lighthouse.

In order to minimize the cost of maintaining the Cedar Island Lighthouse, the Federal Government, in 1934, would construct a traditional skeletal tower with an automated light on its top. The lighthouse board then reassigned the last keeper Follett to Long Beach’s Bar Lighthouse.. After three years of the lighthouse being automated and not used, it was finally put up for sale and purchased by a Phelan Beale for $2,002. Phelan’s plans were to turn the lighthouse into a lodge for his nearby game preserve, but were never materialized. When Phelan Beale had passed away, his widow, Edith Beale sold the lighthouse to Isabel Bradley, which would in turn be used as a summer-house.

In 1965, a 17-year-old John Parker, whom had worked for the Bradley family, would run their small outboard from Sag Harbors Yacht Club to the lighthouse to see if they would like to go ashore for shopping, or to gather supplies for their home. The transportation to and from the lighthouse’s sandbar by a boat was necessary due to the adjoining land owner refusing to allow the Bradley’s a right of way to access their property from Long Island. Eventually how-ever the family would contest this in court and had won, allowing the family to access the lighthouse without utilizing a boat.

It has been brought to my attention that the restoration website has not been updated. I have reached out to a Mr Leahy and have been informed that they are waiting for Suffolk County to appropriate $3,000 for the roof to be repaired before returning the lantern to the structure. They are also working to obtain a grant to help pay for the interior repairs.
They are also aware the website has not really been updated and is working on updating it.

You can get more information about the restoration of the Cedar Island Lighthouse by visiting its official website at www.cedarislandlighthouse.org