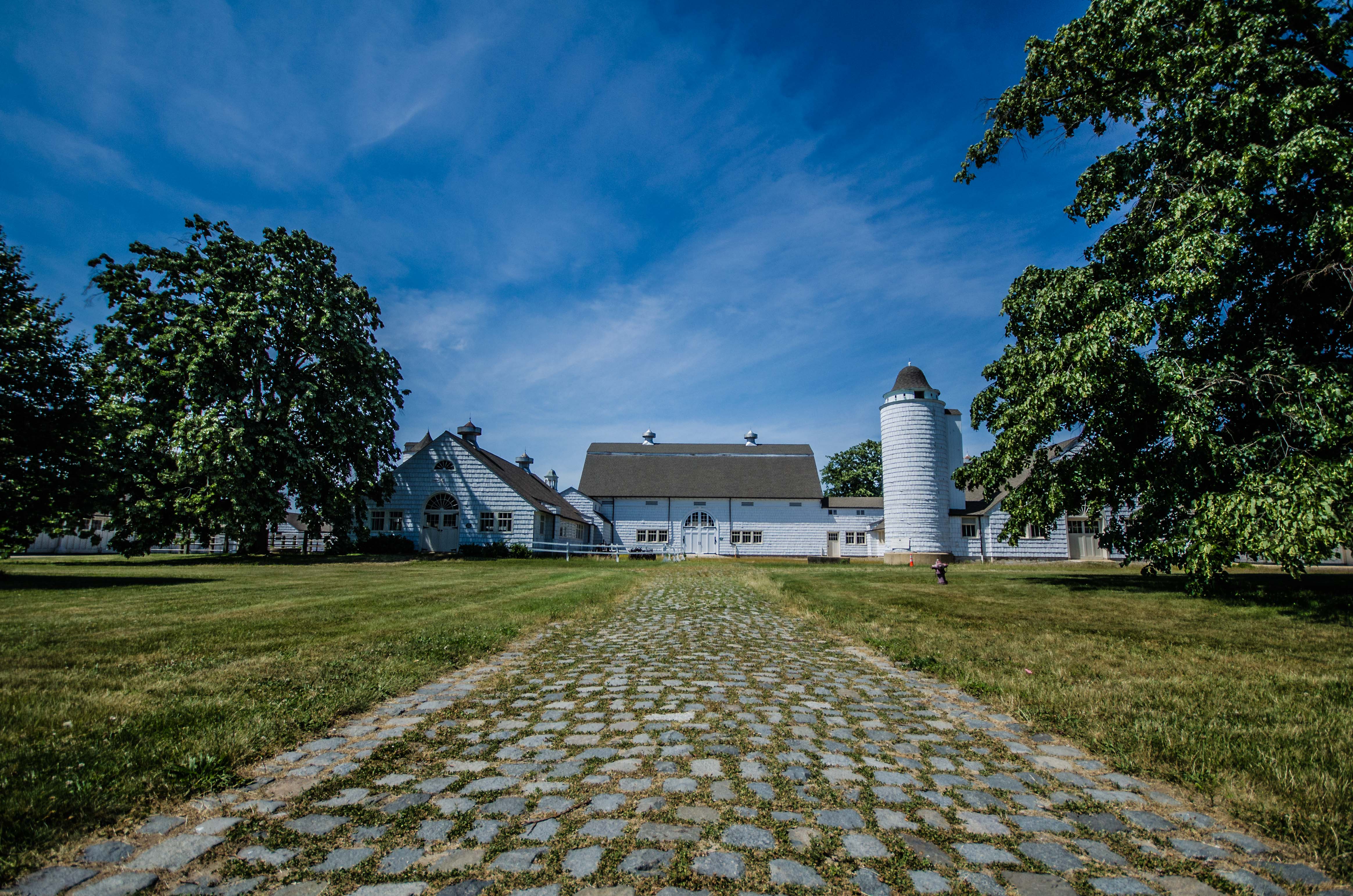 Caumsett State Historic Park Preserve reaches from Long Island Sound across Lloyd Neck to Lloyd Harbor and occupies approximately 1,500 acres. Located in the Town of Huntington in the Village of Lloyd Harbor, it includes open meadows, pristine beaches, hardwood forests, specimen trees and shrubs, and a fresh water pond in addition to Field’s main house and outbuildings. Caumsett is a mixture of habitats that make it a rare and valuable resource. Its natural setting offers unlimited opportunities for environmental, scientific and cultural research.

At the age of 28, Fields was the richest person in the world and had wanted to replicate the environment he had spent most of his youth in. Being raised and educated in England, Field had sought the life of an English Gentleman right here in the United States, and in 1921 he had found his land to create that elegant lifestyle on.

Marshal Field was a newcomer to the grand estate era when he decided to build his manor on the North Shore of Long Island, which posed an issue in finding land. Most of the prime real estate on the Gold Coast had already been taken by Great Neck, Sands Point and Old Westbury. eventually Mr Fields would find 2,000 acre’s of land situated right in the center of the Gold Coast. Field Eventually purchased the 2,000 acre’s in 1921 and was the new owner of overgrown woodlands, meadows, and abandoned farms. However, with the help of the Olmstead Brothers, and architect John Russell Pope, this tract of land would be transformed into one of the Gold Coast’s most elegant estate.

Fields quickly ordered that woods be cleared, and a road with fire hydrants be installed, while having electrical and telephone lines buried. In 1922, construction on the main house, a polo stable, summer and winter cottages and a group of farm buildings had started, later on further buildings were constructed that included greenhouses, indoor tennis courts and a vast number of houses and dormitories for caretakers and resident employee’s.
Eventually many of these extra buildings were demolished in the 1970’s.

The Landscaping of the estate had included full sized tree’s that were barged in, a technique developed by Hick’s Nursery.

By 1927, the estate was fully completed, and would be considered one of the largest estates on the Gold Coast, at just 1,426 Acre’s of land.

On February 3, 1961 New York State had purchased the Field Estate for $4 million to create the Caumsett State Park, and in May of 1961 there were plans to create a State Parkway that would lead straight into the park, the right of ways were even purchased. Plans for the Caumsett parkway fell through and the land that was purchased was either sold or turned into seperate parks, including the Cold Spring Harbor State Park and the Trail View State Park.

Today the original buildings still stand and have been converted into Equestrian Education Centers, Environmental Education, and the Lloyd Harbor historical Society.

Strides into further conservation have been made as recently as 2006, when 1,255 acres were turned into the Caumsett Bird Conservation Area.