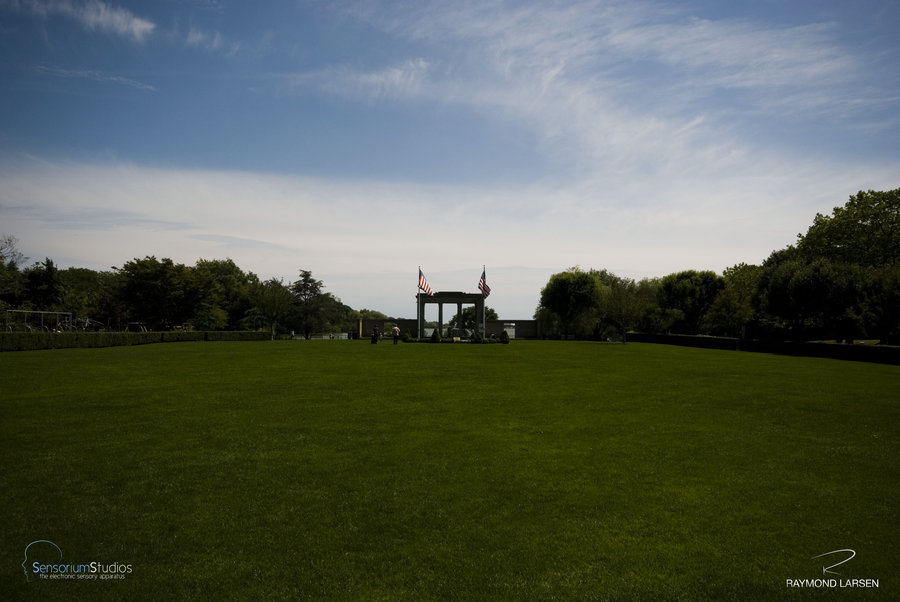 The World War Memorial consists of a platform slightly raised above its surroundings, the central portion three steps up and the side two steps.  In the center has been erected a temple of simple Corinthian style with nautical trophies–the dolphin, the trident and the anchor–for ornament, as suggested by the ocean setting of this ancient village.  The temple is roofed for shelter and on its interior walls are carved the names, rank and service of the Southampton men and boys who made the supreme sacrifice.  Here are also carved the shields of the various allies and on the exterior great eagle panels with the shields of Great Britain and France. In the center, on a platform of stone, on which is cut compass points, stands a commemorative altar of victory carved with the symbolic oak and laurel supported by rods and capped by conventional tin hats.

Left and right of the temple, on encircling walls, there has been carved 325 names of those from Southampton who served under the colors. Through its open colonnade and two broad openings are seen Agawam Lake, dunes and distant ocean. — Southampton Press (article abridged), August 20, 1923.

The young men from Southampton who made the supreme sacrifice during the World War, with their rank, the date and place they died.