Work to start on Tesla’s Lab 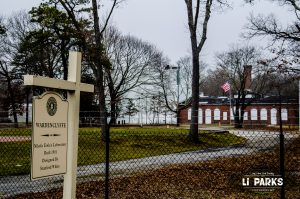 Shoreham is about to get a whole lot brighter in the coming months as construction starts on the Nikola Tesla Science Center.

Many people know who Edison is, Thomas Edison that is not the electrical company, but few seem to not know who Nikola Tesla is. Not only is there a car brand named after him but he is the founder of many brilliant inventions that continue to help the world today.

There’s an effort to change peoples perceptions of Nikola Tesla and to educate everyone. The effort is being led by Jane Alcorn, President of the Tesla Science Center at Wardenclyff. The group is behind the international effort to help save Tesla’s lab in shoreham. The lab’s name was Wardenclyffe and operated as Tesla’s laboratory in 1901.

“When you flick on your lights, it’s because Nikola Tesla developed the system by which we transmit electricity,” Alcorn is quoted saying.

Some of Nikola Tesla’s achievements include the Speedometer, tackometer, early x-ray’s, neon, Robotics, Remote Controls, Microwave Ovens.
He’s also the reason we have AC Power, which is used around the globe. Convinced he could spread electricity wirelessly, he built a massive 18-story transmission tower. Sadly money ran out, and with no financial incentive for other companies to pitch in it flopped.

Eventually Tesla spent all of his time in a hotel in New York City secluded from the rest of humanity, the same hotel he was isolated in is the hotel he passed away in.
The 18 story transmission tower that was constructed was torn down in order to repay any debt tesla accumulated. Today the base of this tower still shows, as well some of the metal used.

The Tesla Science Center is just weeks away from starting work on the facility thanks to crowdfunding efforts that brought in nearly $1 million, which was mostly used to purchase the land alone.

Just last month the site was declared an historical site.

The organization hopes to have a new Welcome Center open by the end of this year, with a goal of only three years for the museum itself.

Thanks to Elon Musk, Owner of Tesla Motors, the lab also recieved a $1 million to help aid in the Science Centers efforts