The New York State Regional Economic Development Council has awarded Suffolk County with a total of $2.2 million to help with restoration efforts at the Mud Creek County Park in East Patchogue.

Suffolk County’s Mud Creek County Park was once occupied by several duck farms, one being the Gallo Duck Farm. The lands and waters were used from 1922 to the mid-1980’s according to the county. Use as a duck farm has left the wetlands and uplands contaminated. Prior to the duck farm the area had contained streams, swamps and woodlands.

According to Suffolk County Legislator Rob Calarco, the county had acquired the land over 20 years ago and is only now in the process of restoring it back to it’s natural ecosystem, which has a creek that runs behind the Lowes on CR101.

Calarco has said that “this project will restore the stream’s normal pattern by eradicating a host of invasive plant life and demolishing the old farm structures that still exist”.

Despite the alterations that have occurred by the duck farmers, a native brook-trout species had survived. The Project is expected to restore the natural habitate by rerouting the streams and draining the old duck ponds that are man-made, and not natural to the area.

Once the project is completed, the park will be open to the public as a preserve. Once open, Calarco hopes to partner with the local schools for science and ecology projects. He has also assured that the preserve will be maintained by Suffolk County Parks department and will be added to the Park System (compared to the Open Space and to unused park’s)

“This area is a wonderful spot for a park project on the edge of East Patchogue and North Bellport,” he said.

While Permits have been secured already, there is no official start date announced. The county hopes to break ground with the improvements as soon as possible, the

y are just waiting for contracts and for the RFP process to be finalized. So far approximately $4 million have already been allocated for the project with the state expected to invest more. 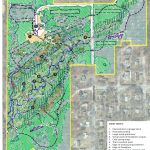 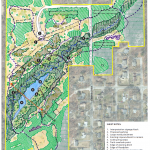